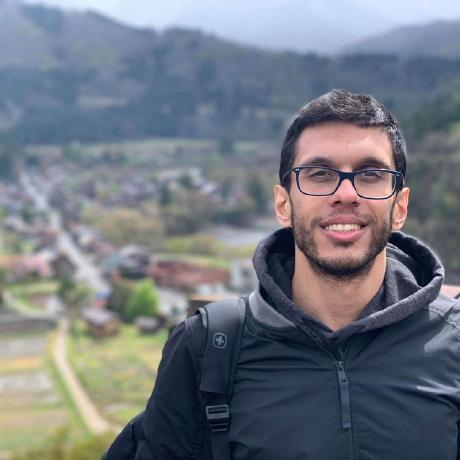 We can use a single buddy allocator, given a continuous block of memory with the size of a power of 2. It’s very probably however that this would waste a lot of memory, as our entire memory won’t be a single block that is a power of 2. So what can we do?

Another issue that I ran into was the following: a buddy allocator contains vectors. A vector is a dynamic structure, which means some times it needs to resize when we push things to it, which means it might need to call the allocator itself. We’ve been to get around this issue with our frame allocator (since we only needed to allocate when de-allocating a block to the free list, and not while allocating). However in this case we have an allocation-in-allocation. Due to the allocator being behind a RwLock so that we can make sure no two threads / processes / whatever we decide to call them can mess up its state at the same time, if we need to allocate more space for a vec during our allocation, we end up in the unfavorable position of having to lock this lock while already holding it. This could be done through some horrible hack, or we could solve both things at once:

We could have many buddy allocators!

That’s my unimaginative name for the struct that holds all the buddy allocators. When we construct this struct we’ll still be using the previous (frame) allocator, so on every memory allocation we get exactly 4096 bytes no matter how many we ask for. So let’s try not to waste them.

Honestly, it’s all about handling the memory. We need to split up the memory in chunks that can be used by a buddy allocator to not waste too much memory. For example, let’s say we have a system with 7GiB. The best way to split that would be to have 3 allocators: 4, 2 and 1 GiB.

I opted for something a little less optimal. I made a function fn get_mem_area_with_size(frame_alloc: &mut dyn FrameSingleAllocator, mem_size: u64) which takes a frame allocator and a requested size. It pulls pages from the allocator until it has enough for the requested size (so mem_size / FRAME_SIZE). Of course it’s possible that we don’t have enough memory to fill that request, or that the next frame the frame allocator gives us is not located after the previous one so we can’t use them together. In that case the function returns one or two memory areas that are smaller than the one requested. Then we create buddy allocators that handle these memory areas so that we don’t waste them. For example, if we ask for 512 MiB but we only have 500 continuous MiB this function will return two memory areas of 256 and 128 MiB. The rest are lost but I don’t care that much about it as it should be rare.

With these two helpers we can create the buddy allocator manager! It’s pretty straightforward now. It simply needs to hold a list of buddy allocators. Then we will ask it to add a buddy allocator that handles a requested size of memory. It will do its best to find a memory chunk big enough for the request. Any smaller chunks it finds on the way, it simply adds them as smaller buddy allocators and keeps looking. If no more pages can be allocated from the frame allocator we stop.

Also of course it needs to support alloc and dealloc. In the case of alloc we loop through our allocators and try to lock each one and allocate with it. If that fails, we try the next one until we get an allocation (or until we run out of allocators!). This subtly solves our problem of double locking the lock that protects each allocator: When an allocator tries to allocate some memory for its internal vectors, we won’t be able to lock it a second time so instead we’ll use another allocator in the list to fulfill that request!

For dealloc we go through the list again and ask each allocator if it owns that piece of memory. If so we give it back to it and it does its buddy magic from the previous post. If we can’t find which allocator it belongs to (for example in the case some memory that was allocated with the old frame allocator) it’s simply wasted forever and can’t be reclaimed. Sucks!

So here’s the code dump:

Constructing buddy allocators in a sort of sane manner

We’re almost there! We still need to construct the manager with the tools that are given to us (which is essentially only the frame allocator) and to let Rust know how to use it.

In order to be able to use it, I altered slightly the AllocatorInfo struct from part 1 to add a strategy field, so called because it’s supposed to be an implementation of the “strategy pattern”. However the result is rather restrictive for now as it only allows the buddy allocator implementation. This could be fixed if I wanted to support different allocation strategies in the future, but I really don’t.

To begin with the strategy field is None so the default (frame) allocator is used. Once we put something in strategy that’s used instead by the allocator:

In order to do this, we fetch a single page from the frame allocator and create a BuddyAllocator that handles that page in the manager. Then, once we switch our strategy to point to BuddyAllocatorManager we can build up its list of allocators (as the more memory an allocator handles, the bigger its internal structures). Eventually, we have enough of them for most of the memory!

This is what becomes of our old init_global_alloc method (which was used in part 1 to initialize the ALLOCATOR_INFO struct):

All the magic is in place now, and it works! Every time Rust needs to put something in the heap now, this happens:

And with this last list, this series of posts is done! This whole construct was easier than I expected to be honest, plus I didn’t expect Rust to bend to my will like that and allow me to do some things that some would consider unsafe. Of course there were a lot of compiler errors on the way, but when writing a kernel that’s MUCH better than run-time panics!